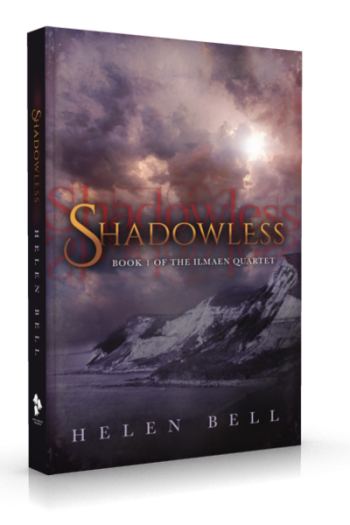 Think how it would be, if you could see the future…
Now think again.

Renia knows trouble is coming when she and her brother Vel pull a stranger from the surf, more dead than alive.

Vel sees adventure ahead; but they have rescued a driven man who won’t abandon his duty whatever it costs.

They face a powerful enemy willing to plunge a whole nation into chaos to gain revenge.

Renia knows things won’t end well because she is a far-seer.

And there’s nothing she can do

to change what’s ahead.

The rapid pacing of the book makes 'just one more chapter' a frequent promise, with constant foreshadowing and tension brewing beneath the surface. Characters are alternately charming and sinister, with plenty of humour shot through the plot, and touching moments that will define your favourites before the finale. Highly recommended, and a fantastic start to a series brimming with potential.

'This first instalment in the Ilmaen Quartet does not disappoint.'

'This story sneaks up on you: It's not one of high drama, fast paced battles or bloody fights (well, not so far..). The story does have battles, but they're much more subtle: Bullies, self-doubt, the elements. The characters build, you get to know them and it suddenly occurs to you that you've been caught up in their world longer than you had planned...'

‘Has an epic feel to it with richly painted characters and settings.’

‘I was pulled in right away.There’s so much energy in the story. It really comes alive.’

'A mix of Celia Rees and Mary Webb.'

'I look forward to Book Two. I would preorder it now if I could. A thoroughly enjoyable and highly recommended read.'

'This book told a gripping story that kept me reading. I loved the setting and era whether mythical or historical. The characters were very real. It was nothing like I expected and somewhere between a Harry Potter novel and Lord of the Rings!'