‘The fairies are here’ 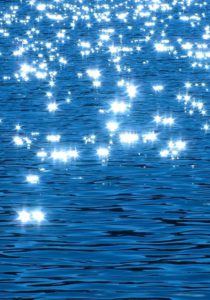 When Renia developed childhood epilepsy, she had no inkling of the way it was going to change her life. She wasn’t seeing fairies: she was seeing Fate.

One in five of us in the UK is thought to live with some form of disability, and less than half of those are over working age. A fictional lead character living with a disability, particularly one that opened up an amazing ability, was a natural outcome for me.

Neurological disabilities have long been a feature of my world, from cousins with a talent for sustaining head injuries (all of them blokes, which may or may not be significant) to a mum with MS and a daughter with POTS. However when I started writing this series I wasn’t fully aware of how dangerous epilepsy can be; in a future with limited medical help, it would be even more so. While I didn’t want a character that would dwell on her mortality or let herself be defined by her disability, I did want to convey at least some of her experiences, and how she coped with them.

There are currently thought to be around forty types of epilepsy, so it manifests in many different ways. Sometimes people have an experience, often described as an aura, warning them that an episode may be coming. Renia experiences one example, a sensation of seeing stars. People have reported smells, pains, sounds – all part of the electrical signals starting to misfire. Some don’t have a warning at all beforehand; others don’t know whether they have them or not, as an episode leaves them with memory gaps.

In my stories, Renia’s is a relatively unusual form of epilepsy in that she has vivid, almost intrusive recall, but it’s not of her current surroundings. Focal seizures affect part and not all of the brain and for her, the misfiring has the effect of releasing ‘locked’ sections of the mind, revealing an ability to link to the thoughts of others similarly empowered, even if they are far away. She’s a very smart girl, so with her knowledge of how others with this skill are thinking, she can extrapolate a likely set of events and so see the future. All it needs is for some of the others who are empowered to be part of the events unfolding – as Kerin’s brother Jastur is.

Read the extract from Chapter 6,- Far-seeing