All those strange words in italics: the Ilmaen Quartet dictionary, part 2 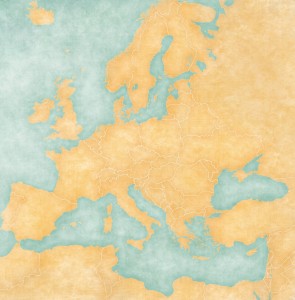 The key to understanding the languages of the Ilmaen Quartet is understanding which populations have gone, and which survived.
Most nations had organised the migration of their people into cities as the most effective and efficient way to meet everyone’s needs. Inevitably there were countries too poor to plan such massive change; and others where people who simply couldn’t countenance such a life found a way to get off the grid and survive.
With the complete destruction of the cities, it fell to these people at the extremes of society – poorest and the most privileged – to rebuild. With the heartlands of wealthy western Europe emptied, people were drawn there from all directions.

The Ilmaenese language is made up of a future version of Finnish along with a scattering of neighbouring languages, as survivors from those countries also joined the Suomi migration south. Many others came north from Africa, and from near Asia, Central Europe and the Middle East, bringing their languages with them.

Maci – (a corruption of the Tor-Milano/Italian word mago) – magician’s brew (a drug that puts someone to sleep, particularly those in pain)
Modig (Norwegian originally) – brave

Arabic words
Ilmaenese is peppered with words from Middle East and African languages, but only a few come up in Books 1 to 3.
Al Karithah – Catastrophe
Ifritah – she-devil
Jasoor (f. Jasoorah)– Bold one (military leader)